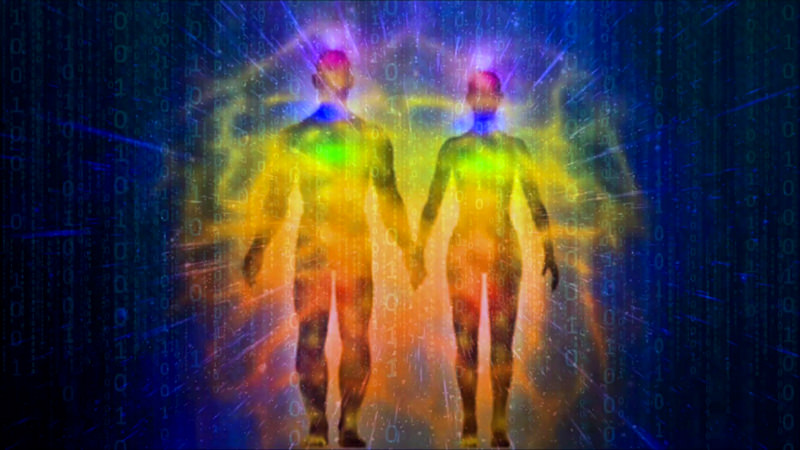 The GOLDEN RAY helps a person to be at ONE with their own I AM PRESENCE. Its an awakening of the SOUL. 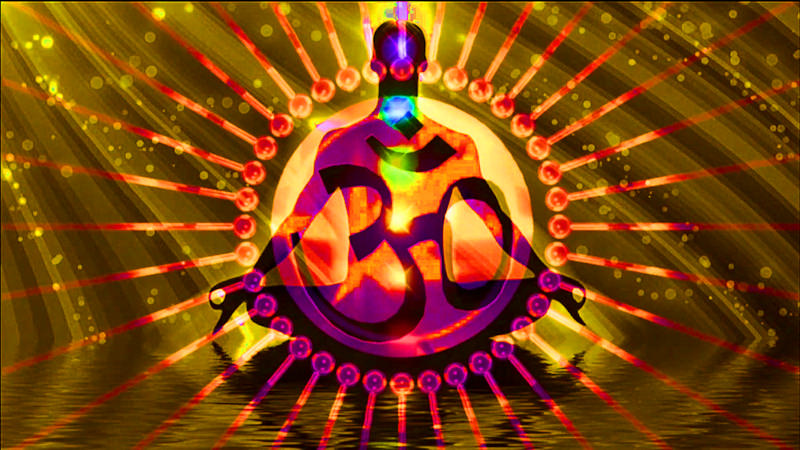 In midstream of designing the Violet Ray Crsystal Resonator, Jack was guided to change the number of windings in the Secondary of the Advanced, Modified Tesla Coil (AMT Coil) and make some circuit board changes to make the Golden Ray energy come about. For those that have inner sight or are able to see people’s auras, the Golden Ray may be seen to manifest as a Golden glow around the Conductive Crystal Wand attachment when The VRCR is set to the “Soul Center” Frequency or 12th Chakra setting. That is the setting where the Golden Ray Energy is most coherently focused. That being said, it still exists at all other settings though not as powerfully.

More on the
GOLDEN RAY ENERGY
What follows are Excerpts from the “Crystal Energies” Book –
about Jack Derby and the Violet Ray Crystal Resonator.
Written by Harry Davis – 1995

THE MASTERS SPEAK ABOUT THE VIOLET RAY AND GOLDEN RAY

Jack’s Inner Planes Teachers give this explanation of the violet ray and the golden ray:

There are many, many excited and jumping souls, ready and eager to use the Golden Ray energy to bring their Christ Consciousness into that which is referred to as being one with the Creator, or God. And as that connection is made, there will be the awakening of the Soul.

And, as the Soul is awakened with the Golden Ray, the consciousness of man will make leaps and bounds. The work that you are doing with the VRCR transmissions, including the transmissions from key points of the Planetary Light Grid, is being done to help transmute the thick density of negativity surrounding the earth into higher vibrations of Light. For those poor souls that are drowning and choking in this negativity, this will facilitate their release They, too, will be able to reach the Christ Consciousness and the awakening of their Soul, their Oneness with their Creator.

The following question was then put to Jack’s Teachers.

“Would it be accurate or correct to state in a simplified way that the Violet Ray helps mankind attain Christ Consciousness whereas the Golden Ray helps mankind to return to be at one with his own I AM Presence? It is understood that the Violet Ray and the Golden Ray work together; but if we were to say that one does this primarily and the other does that primarily–would the foregoing be a correct statement to make?”

“That’s a big yes! It will be the awakening of the Soul.”

The following is transcript from a question and answer interview with a sensitive Psychic:

SEEING AND FEELING THE GOLDEN RAY

To return to the Golden Ray, the following quotations are excerpted from the transcription of a session conducted with Linda. After Linda raised her consciousness to contact her Teacher, the following information came through. (I was conducting the session; so the “ME” quotations give my comments and/or observations.)

LINDA: “See an awful lot of white light; it came …. golden ray. There’s this golden white light and I saw this big pyramid. They said for `Yes’ to the golden ray. I have Amansa, or Amanseh, here. I see this streak like a rocket it went so fast. And He was showing me where He was from — the galaxy of the 6th ray.”

“The Golden Ray is to collect data of all the Forces of Light. Appeared (?) to enlighten, heal and penetrate in its light.”

“I have here; it has properties of uranium.”

“My body temperature is rising like a thermostat (thermometer?).”

ME: “Is that primarily for benefit of the earth?”

LINDA: “I have a `Yes.’ But it is also for the benefit of mankind, to aid in the raising of consciousness which, in turn, will greatly benefit the planet earth. It has the absorption of all. It is the peak. I have the epitome. Each light has a peak. Each of the seven rays has a peak. The peak is always the Golden Ray. It is the consumption and absorption of all. I’m really hot! Whew! I have here; it’s the conjunction of the inner lights of attunement to the free will of choice, the highest attunement of choice. We are talking now of the Golden Ray of the 5th ray.”

ME: “If Jack incorporates the blue-gold, atomized quartz crystal into the VRCR and it is transmitted to the earth, will it be of benefit to the earth?”

ME: “If Jack puts the aqua aura quartz crystal into the VRCR — the crystal being layered with a one atom thickness of gold — will the VRCR now transmit the Golden Ray of the 5th Ray?”

ME: “Does it also transmit the golden ray of the other six rays at the same time?”

ME: “To transmit the peak golden ray of one or more of the other six rays, would you have to use a different power crystal?”

LINDA: “Yes. It will always have the properties of others but to a lesser degree because everything is in harmony.”

WE NEED THE GOLDEN RAY NOW

The information brought forth by Linda states that there is a Golden Ray in each of the seven Rays, and that the present design of the VRCR amplifies the Golden Ray of the 5th Ray, the Ray of Concrete Science. Apparently, at this point in time in earth’s evolutionary scheme — and mankind’s as well — the Golden Ray of the 5th Ray is the one most urgently needed. Twenty years from now, it may be a different Ray that is urgently required. At the same time, according to our Inner Planes Teachers, if individual man or woman can attune himself or herself properly to this Golden Ray, he or she will make gigantic strides toward becoming one with his or her Creator.

Perhaps because of the tremendous numbers of negative influences engulfing our planet and mankind in this tumultuous day and age, it is very difficult, even for a dedicated spiritual person, to tune into and take advantage of this golden ray energy. Jack believes that the design of the new VRCR alters the universal energy field — some people call that field the energy of Love — in a way that provides a “path” for the Golden Ray to emerge onto the various planes of matter — physical, etheric, emotional and mental.

And, possibly because today our planet as well as mankind urgently needs more of the golden ray of the 5th Ray, the aqua aura crystal was added to accomplish this. Jack is firmly convinced that the VRCR is a tool to focus such energy, and focus it correctly. It does this for the Golden Ray and still generates, and focuses, the Violet Ray at the same time.

I think it is also important to note that the information that came through recommended that the VRCR be used at “key points of the planetary light grid.” This could imply that VRCR energies can be used to beneficially affect the energy balance of planet Earth!