What is water structure about? 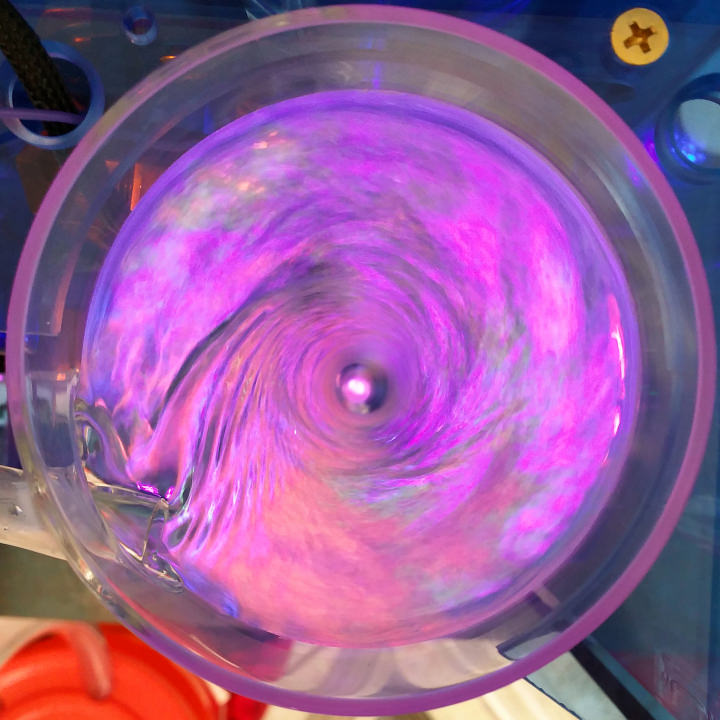 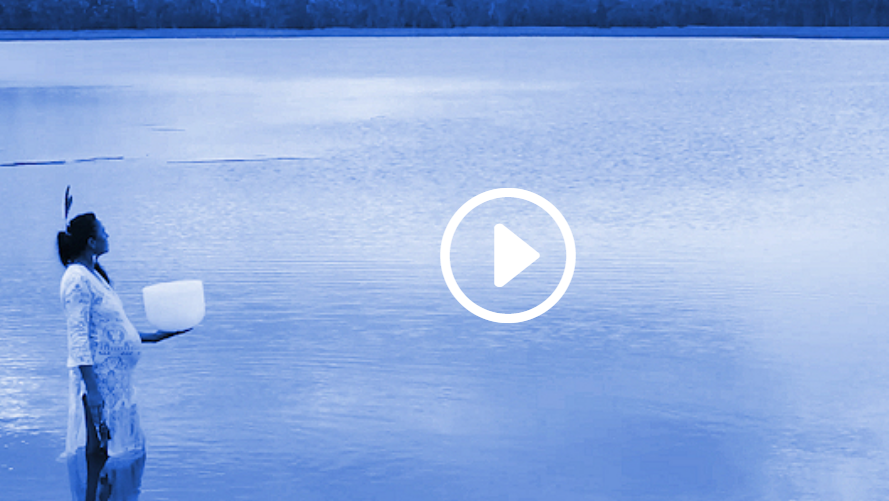 Speaking to the Water

How to tap into the magic and mystery of water.

A powerful story from Pat McCabe, a Navajo and Lakota activist.

Showing That Our Quantum WoLF Water Structure Memory Lasts Up To 5 months – in this method of testing.

Since changing water structure memory cannot directly be seen in the way it appears, we devised this test to demonstrate that structured water properties can be affected to change the way it behaves. And in the instance of these emulsion tests, it makes those behavioral water structure changes visible and verifiable.

Top layer is left over vegetable oil.
Bottom “Whitish” layer is the Emulsion of structured water and oil.
No chemical “emulsion agents” added.

SPECIAL NOTE – Normal tap water WILL NOT emulsify (or mix) with oil. If you try to mix it in the same manner as OUR Emulsion procedure, it will separate in less than 3 minutes into 2 layers. That’s why chemical emulsification agents are used in products that enable them to mix in unatural states. But I repeat, “NOTHING is added to our Emulsion!” It’s just oil and structured water.

This is a 50/50% mixture – of Structured Water from the Water Of Life Fountain, combined with standard Vegetable Oil. Absolutely nothing else is added to the emulsion.

The jar was hand shaken – vigorously for 4 minutes to create the “EMULSION” of oil and water. Repeatedly, 2.5 to 3 minutes into the mixing process, the mixture would “shift” into an emulsion in a way that can be heard in the shaking process.

This emulsion – was still strongly holding as it approached 5 months old. Sometime after 5 months, the emulsion started to break down and separate once again into oil and water. We arbitrarily set the break down point around 65% for comparison of samples. When anything less than 65% of the original emulsion amount remained, we said that the sample had finally broken down. The water structure had faded. However, to this day, approximately 14 months later, there is still about 15% of emulsion remaining in that jar.

This shows that – water’s properties can be changed by energy and information. Basically, the machine spins the water in CW and CCW vortices and treats the water with special electromagnetic energies and information patterns. It creates truly healthy water and energized water for drinking, cooking, plants, bathing, etc.

Having various factors – finely tuned with each other (holism) – as vectors of influence in the machine’s ability to structure water – has turned out to be necessary in order to achieve the best results. i.e “Where we place frequencies, what frequencies, vortex speed, size, volume flow and relative dimensions to one another, high volts and low volts placement, light colors and balance and on and on.” It’s been an “out of the box” journey that hard core science and money driven corporations are not willing to take. Thus, they miss the creative opportunities to discover the truly amazing things about our world. We even used our dreams, as did Albert Einstein, to improve the machines function and make an even more coherent water structure. Fortunately, we are not hampered by the limited beliefs of others and now we share our discoveries with you.
The WoLF or Water Of Life Fountain’s design process has been both a very grounded and earthly “trial and error” experience combined with divine guidance. It uses very much “real world” energies, as viewed by traditional physics. But it also utilizes advanced energies and “informational” flow principles from Quantum Physics to erase polluted water memories, recharge water energetics and install new programs of structuring. All in all, it has about 308 different processes that work together holistically to change water’s properties and thus the water structure. 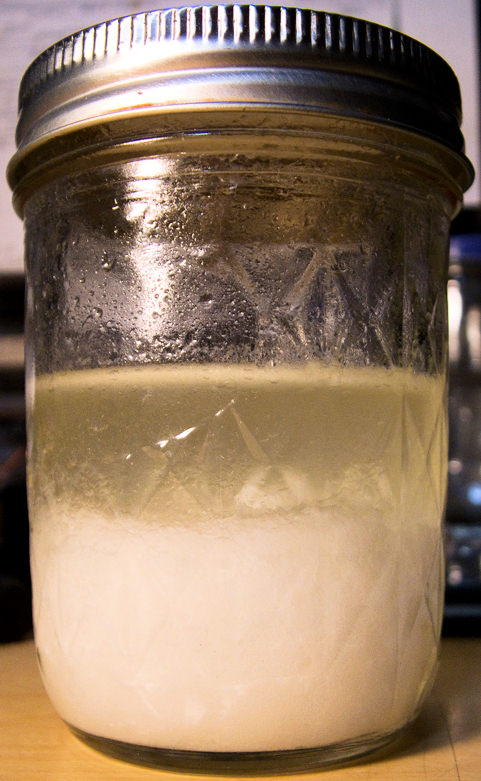 In our latest Emulsion Experiments, we encountered a new and unexpected test result that at first, could seem more confusing and complicated. But on further introspect of previously reported phenomenon and other test results from industry researchers, the results continue to corroborate some of water’s more fascinating properties.

Here’s what we discovered that, at first, was a confusing and unexpected result :

We were able to Emulsify standard, un-structured TUCSON CITY TAP WATER with OIL. – In previous attempts, we were never able to see this result as the water and oil would always separate in less than 3 minutes; sometimes in less than two minutes.

We were running a series of 10 Emulsion tests for the day. Each Emulsion sample was testing a different configuration of the Water of Life Fountain water structuring machine. i.e – What Frequencies were on and which were off, How strong they were, Where they were introduced, Whether grounding was present or not, etc.
Our aim was to see which Emulsion would last the longest. That sample would help indicate, under the test circumstance, which machine “setup” created the most Coherent information and energy directly correlated with and effecting the water structuring and thus the “Life Time” of the sample.

We created the Emulsion Sample with TAP WATER as a Standard Comparison for the other structured water samples from the Water Of Life Fountain.
To our surprise, during the 4 minute shaking procedure, the Tap Water & Oil sample actually went through what we termed “The Shift.” We had not seen this before with Tap Water; ever. – The Shift typically happens anywhere from two to three minutes into the shaking of “Structured Water” & Oil. As the sample is shaken, the shift indicates a moment, that can actually be heard, in the way the liquid sounds in the jar. The sloshing sound suddenly turns soft and remains that way for the rest of the shaking period. When finished, the “mixed” oil and water is a thick and white Emulsion.

It seemed obvious that “something” about our scientific approach and methods had changed. So we took a close look at what might have been different this time than any other. We already knew that Water is sensitive to human intent and emotions, so when we do the testing, we endevor to keep our emotions neutral and consistent throughout the testing. Obviously, we do our best to be consistant in the circumstances of the testing as well.

On closer inspection, we discovered TWO things that were slightly different.

We had slowly increased the amount of “thumping” of the jar bottom on the palm of our hand. This creates a bit more “jarring” (pun intended) and mixing action and may have added to the physical “sheer” process that is known for having effect upon water cluster structure. This is the “Percussive” action talked about in preparing and mixing Homeopathic Solutions. In other words, we had begun shaking or thumping the jar harder than previous times.

The other change noticed was more accidental. Previously, we had done all our mixing of the samples at the same workstation. On this day, we had walked over to another station while mixing the TAP WATER sample. But what we forgot about was, that near this other workstation, we had one of our VIOLET RAY CRYSTAL RESONATORS operating and it’s output was connected to a 4 sided Pyramid Transmission Antenna radiating Schumann Pulse, High Energy Electromagnetic energy into the room. It runs there everyday and we forgot about it. So we had inadvertently mixed the Tap Water Sample in the presence of EM energy at the same time as thumping the jar harder on the hand.

Here is what we had missed
upon first consideration of the test results:

Both slight changes ADD to known structuring processes that change water’s properties. These two accidents alone were enough to make the Tap Water suddenly be structured enough to Emulsify.

Granted, this sample degraded faster than any others back into oil and water but it did last a few days.

This shows just how sensitive water can be to Electro Magnetic Fields. Our Violet Ray Crystal Resonator runs on approximately 10 volts DC and less than 250 milliamps. It’s output is negligible but of healthy Schumann Earth Resonance form. So imagine how your homes house current and lights, radio waves, TV and Computer, cell phones, etc. are effecting WATER all the time! Unfortunately, those energies are known to informationally pollute water. And then you drink, eat and bathe in that water.
Are you getting the picture?
More than ever, we need healthful, information memory cleansed, revitalized and structured water.

Here are the 10 Emulsion Samples we were working with.
They are arranged from left to right with the least
Structuring Coherence to the left and the most to the right.
These samples were all made on the same day.
Each sample represents a different Water Machine Configuration
and demonstrates how much the design details can matter.
Again, the White fluid in the jar is the EMULSION.