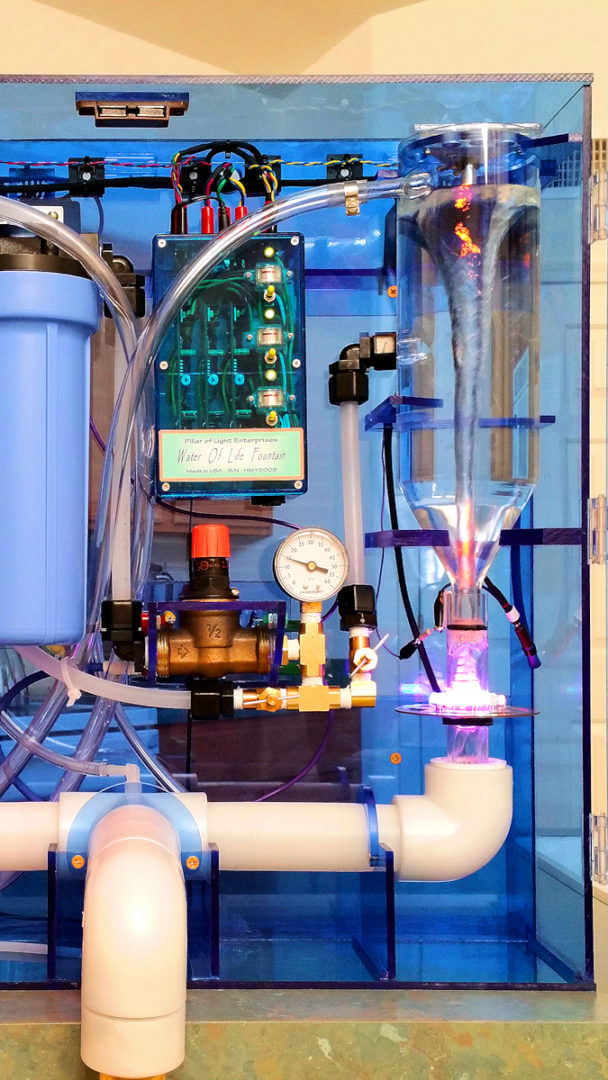 Product and customer service testimonials are presented by 2 basic categories.

Please remember that these are the experiences of our customers.

Check out our Disclaimers Page that we must provide. 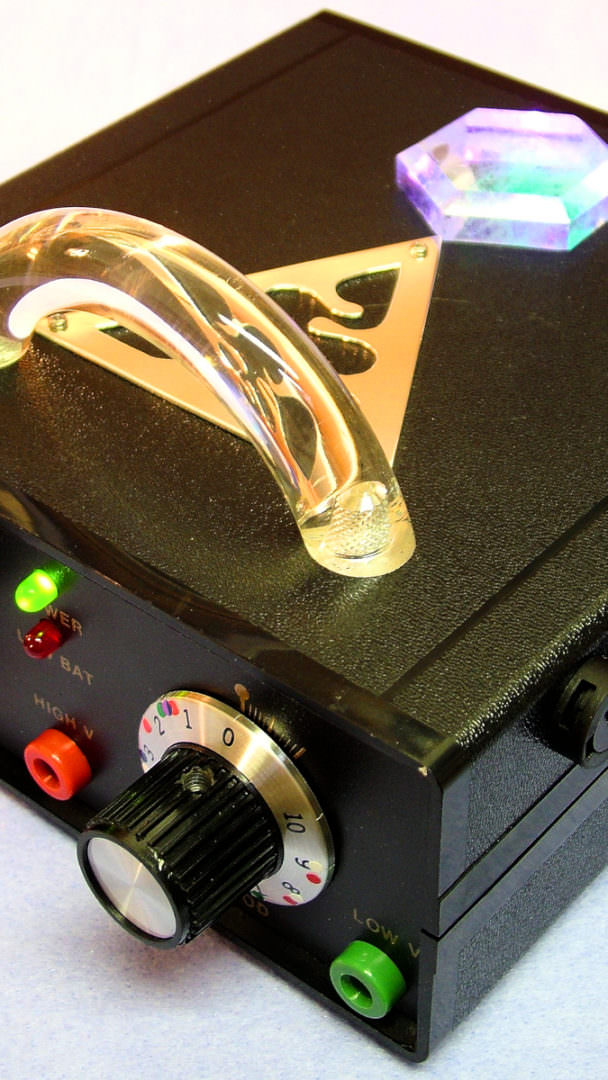 Everything is going GREAT with the WoLF! I set it up down by the water main in the laundry room and have water pressure and vortex fill rates near perfect! As for the water coming from the WoLF – WOW !!! Beautiful !!! It tastes great! Similar to other testimonials you have posted – Literally within a DAY, I experienced the following:

I soak my fruits and vegetables before putting in the fridge and they all crisp up, look more lively and last much longer. Soaking in the tub with a bucket of the WoLF “enlightened” water mixed in is very relaxing, healing and invigorating! After having consumed for a few weeks now, I can tell toxins are flushing from my body and am further complelled to live with greater integrity and alignment with my higher self.

I LOVE IT! My imagination runs rampant with the potentials, relationship and application of Human Consciousness with this Living Water!

The following PDF file adds significantly more to the testimonials for Pillar of Light’s Structured Water Filter Machine. Erica Louie shares detailed reports for herself and at least 6 others she kept tabs on as they began consuming Quantum WoLF Water from the Water Of Life Fountain – WoLF – a Twin Vortex Living Water Technology. It is several pages long. Structured Water Testimonial.pdf

To Pillar of Light Enterprises –

I have been using this device for 7 years now and have seen it help so many people. It helped someones nerves come back to her fingers after 18 years from having a neck surgery in just one treatment. – Have many other stories too. It’s an amazing device.

To Pillar of Light –

I’m not even sure where to begin about the VRCR. I could feel the amazing calming energy of it when I first turned it on after hooking it up to the pyramid antenna. I would and have recommended this machine to anyone who wants to better their life. Like I said on the phone it really is beyond awesome. I feel like I’m getting my life back.

But maybe a bit about me might help get things started. I’ve been on antidepressants for six years and have been feeling quite listless and not too much interest in much of anything, although I have much to be grateful for.

I’ve been on a path of personal growth for about 20 years of trying to be more conscious. I’ve always felt like “things” bothered me more than other people. I felt things very deeply in my heart. I also seemed to be affected a lot by the mood of others around me and could often slip into negativity.

Anyway, all that seems to be changing since I’ve been tuning my chakras with the VRCR and also using the violet ray bulb on various sore spots. I am now off of antidepressants completely. I have more energy than I’ve had for a number of years and it feels like I’m moving ahead now instead of being stagnant. I look forward to things and I’ve started taking a “core connexion” dance class that is pretty cool in itself.

I would have never had the courage to do that before. I have more times when I feel like I know now what its like to “be in the world but not of it.” More disconnected from everyone else’s drama and stuff. Its kind of hard to explain but all the positive emotions are more prevalent and I don’t have the highs and lows emotionally I used to have.

You might laugh about this but I’m pretty sure my horse likes me better too, because we are getting along much better and he doesn’t challenge me as much.

“Thanks Jack” seems so inadequate for this amazing gift to humanity. There really are no words to express my gratitude.

With love to you,

I want to report to you what your Violet Ray Crystal Resonator has done for a friend of mine.

Sandy is in her 40’s and had a terrible accident which snapped her ankle completely in half as a compound fracture. She developed a huge blood clot over her heart and in that leg. No one has ever been known to survive these types of blood clots; according to her doctors. They kept her in the hospital for many weeks and using blood thinners, they eventually managed to dissolve the blood clot over her heart. But the one in her leg would not heal, so her life was in constant danger.

I offered to do healing work for her using the VRCR and she accepted. Using the VRCR radionically, I asked to be “guided” to the right tuning frequency; visualizing the clot dissolving as I turned the dials, and settled on what felt right. Then I walked away. That was three months ago. Christmas Day, I got the report that the clot is completely healed. She is the only person on the planet today who survived such an injury. Thought you’d like to know.

I have the VRCR on all the time in my home broadcasting the most powerful setting (I believe it is the violet ray heart chakra rate). It does have a hum but I am not bothered by it.

I have 3 boys ranging from 4 months to 11.5 years of age and I don’t have time to play with it much. However, I noticed an immediate detox effect in me and my kids.

I can breathe much better. I feel clear-headed and have been sleeping well – which really helps since I have two ful-time jobs; one at work and the other at home.

My parents are living with me and for years there has been constant tension between them and my husband, with me caught in the middle. I noticed a lot of harmony since VRCR has started broadcasting. I noticed a big change in my husband and it has become easier to live with him.

It has always been hard to get my oldest to read and the first day since it was turned on, he started reading by himself. He also concentrates better on his studies now.

It is getting harder for me to have a negative feeling now, and when I sit beside it with my baby I often feel overwhelmed with love.

Thank you so much for such a wonderful tool.

Over 7 years ago, my mother knocked over the Pyramid Transmission Antenna which broke the attached Crystal Wand. Instead of ordering a new Wand, she just switched to using the Violet Ray Crystal Resonator with the energized Crystal Food Plate and the VRCR set to the Heart Chakra Frequency.

One result is that she has survived and fully recovered from congestive heart failure and other complications. She is now as mischevious and frisky as ever!

Anyway, it is now time to use the VRCR to its fuller capability again so please send me an Antenna & Crystal Wand to replace the one that broke years ago. Thank you for everything. Yours in light.

Susan’s father started using the violet healing light (Violet Ray) on his neck 2 times a day. He was able to get his feeding tube taken out today. His swallowing isn’t perfect yet but he can swallow soft foods now. He will keep using the light. Thank you feeling blessed for the light and your work.

I wanted to write the following in appreciation for your creation of my Violet Ray Crystal Resonator. I believe, in my heart, it has not only extended my life, but has made it a much healthier, happier & energetically fulfilled life, as well.

It was one of the most fortunate days in my life when I happened upon a device developed by you, Jack Derby, called the Violet Ray Crystal Resonator (VRCR). At first sight, I was intrigued and drawn to this mysterious multi-tasked instrument. I was compelled to be near it often each day, for almost a week in 1997, as you demonstrated its capabilities. You explained how you were approached by an entity, Saint Germain, to build this device to assist in the acceleration of humanity’s spiritual, vibrational upliftment. It may have been Saint Germain who kept nudging me to learn more about it, since I believe it was he who introduced me to the violet flame years before when it was so critical in my life’s survival. Needless to say, I got on the plane to return home with my very own VRCR.

When I bought my home years ago, there was no thought of the huge towers that would appear above my back yard years later. When they were built, I was appalled to think that I would be exposed to (bombarded by) harmful incompatible emissions. I remember being ill frequently and lacking energy to live normally. And so it was until I arrived home with my VRCR in 1997. I turned it on and it has not been turned off since. I now have excellent health and am filled with energy. Oft times, I feel like the Energizer Bunny. In my heart of hearts, I know this little, powerful, device provides the protection that I need against a silent pollution that surrounds us all.

I experimented with my VRCR’s various options in the years that followed and know that it has added peace and harmony to my life and also to those who come in close proximity to it. Even the birds and animals that dwell around my home seem to feel the vibrational difference. Of the many capabilities my VRCR provides, however, I am most thankful for its power to neutralize the harmful emissions from the power line towers situated above my home.

My wife and I have been using the Violet Ray Crystal Resonator for 2 year now, and it has removed toxins from our bodies, soothed aching joints and a host of other ailments. My wife has RA and suffers from extreme pain to the joints. When the pain gets bad, she just turns on the machine and holds the Bulb on the joint for some time and the pain subsides. I have a neck injury where discs have lost the cushion (ruptured disc) and I get tingling and aching in the neck and arm. I spend sometime with the Crystal Resonator and I find relief.

In the end, I would not like to give up the Crystal Resonator. I need it and so does my wife. I can’t live without it. It’s like a magic machine.

Also, I have found that not only is the quality of water from your Water Structuring Machine pure as fresh spring water, it also has an excellent taste. I find that the water is as it was meant to be when it was uncontaminated. It seems to have the natural minerals that our bodies need, and not the excess of minerals that rob or hurt our bodies. After seeing your unit at the shop where you manufacture them, I was impressed indeed with the way you seperate and control the purity of the water.

In conclusion, I am going to continue using your water as long as you make it. Thank you for making this good tasting and natural water.