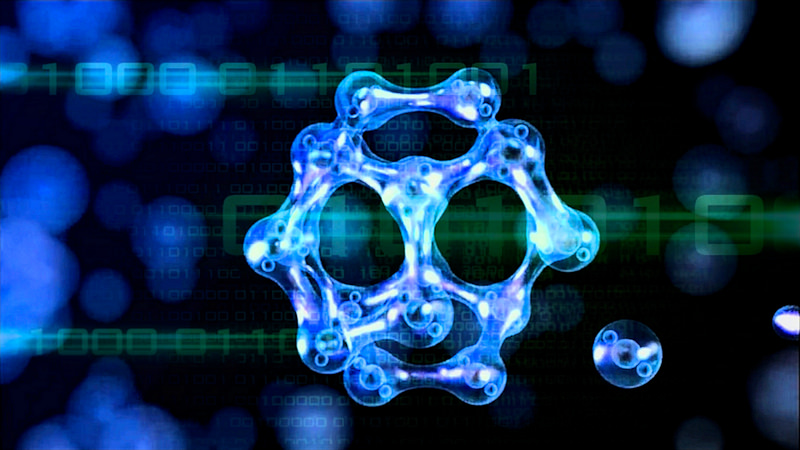 One of the latest areas of research into the actual mechanisms of structuring water memory is called “Quantum Coherence Domains.” Here at Pillar of Light, we feel that, for decades, water structuring entrepreneurs have proven that there is a water memory in the water molecule cluster structures. Using various hands on methods of testing, we can show that water has memory. But for the most part, discovering the detailed chemical, physics and quantum physics processes behind how it works is largely left to scientists with the abilities, tools and money to conduct inquiries at that level.

It’s confirming to us that water memory study has reached the, slightly more mainstream sciences. They would not be wasting their time trying to determine exactly “how” water can hold a memory if it was not already believed that it actually can. Were it not for decades of research by big thinkers and entrepreneurs like us, quantum mechanics theorists would not even be looking at how water holds memory. They would not have even thought of it. So each part of the discovery process has its place. Our place was to begin making available the world’s best water structuring device, the WoLF, long before the science has caught up with its inception.

In this video link, Dr Alex Tournier | Quantum coherence domains Dr. Tournier discusses fairly current research into the subject of Quantum Coherence Domains. Noble Laureate Dr. Luc Montagnier has since proven it’s true that water does indeed hold a memory. But the mechanisms of just how it does so are still being worked out.

Below is the transcript from the video that I
corrected and edited just for YOU!

Published on May 9, 2015
Dr Alex Tournier Chair of the Board of Trustees at HRI on the
possible mechanism of action in homeopathy; quantum coherence domains.

We know from the field of Nano-particles, which is an emerging field of research and very fascinating too because we are seeing many applications not only in engineering but also in medicine. There are some new cancer drugs that are using this nanoparticles target delivery system. So the idea that homeopathy could you be using a similar mechanism? It is quite interesting. So that’s an active field of research right now – actively being pursued by Professor Iris Bell
http://bmccomplementalternmed.biomedcentral.com/articles/10.1186/1472-6882-12-191 AND
https://www.researchgate.net/profile/Iris_Bell in the states and others. It’s promising and there are some issues that need to be resolved but it’s definitely a very exciting field.

One other theory which I think is also very promising is one originally championed by people like Jacques Benveniste https://www.youtube.com/watch?v=BWYlMSHOGBw and by, more recently, Noble Prize laureate Luc Montagnier https://www.youtube.com/watch?v=R8VyUsVOic0 and this is the theory of Quantum Coherence Domains. And this was proposed by Italian theoretician called Giuliano Preparata from Milan. And he put forward the idea that you could have the so-called Quantum Coherence Domains in a material where you have dipoles such as in water. Water forms dipoles. And the idea here is that these quantum coherence domains would be small; about 25nm in diameter; where water would be locked-in in a specifics structure. And reminiscent of what could happen – say, in super-fluids, where you have this locking-in of a quantum state. So here you would have a locking-in of a quantum state on a smaller scale; about 25nm, which would be able to register information about its environment – say the environment of a protein. And because it reduces information it would and be able to carry that information through the succussion process. (Diluting, Shaking and activating of water) You just find it’s inherently water yet it can copy itself through the dilution process and then be given back to the patient and elicit a biological response.

Basically, the Quantum Coherence Domain is an expansion on Richard Phillips Feynman’s quantum electrodynamics. Quantum electrodynamics is a theory that explains the interaction of light with matter; and particular electrons. So we use it everywhere today. This theory from Feynman got him the noble prize. Now, Preparata expanded this theory to the special case where, you don’t have just one charge, such an electron. But when you have a separation of charges; which is a minus and a plus – you have a separation of charge which is called a Dipole. And you have this separation of charge in water molecules. So the two sides of the water molecules tend to be a positive and negative charge. This forms a Dipole. And when you think about what happens when water molecule dipoles associate themselves, and you look at that in the context of quantum mechanics, you get Quantum Coherence Domains. In the predictions from this theory, small domains of water will form and will be stable water structures at room temperature that will be quantum in nature. And this quantum nature will not suffer from loss information. Because will not be dissipative in the way that normal structures would be. They would be able to ingest information of an electromagnetic nature. Through frequencies basically. These frequencies would be able to interact with the frequencies in biological systems such as the Frequency of enzymatic reactions. And so all catalytic sites and enzymes and other biological molecules have specific frequencies at which they function and we know from experimentation that you can zap them and either enhance or hinder their biological activity.
And we suspect this might be one way in which they are interacting with the human body.

Quantum Coherence Domains, if they exist, predate any life. So what we think might be happening here is that life evolved within the presence of these quantum coherence domains. So it is very possible and quite likely that biology evolved around quantum coherence domains and actually uses them in ways that we are still to discover. In particular that biology may have evolved to be very sensitive to these subtle signals coming from the coherent domains that would tell it about things that are happening somewhere else in the body. Because quantum coherent domains would be able to register the presence of a foreign body – say – and deliver the information somewhere else in terms of these electromagnetic frequencies. And then elicit from the biological system, a response; a rapid response to something that is being able to detect it that way. Quantum coherence would be able to capture information specific two proteins and to many substances through the very specific frequencies that are present in these substances. We understand from the predictions of the theory that quantum domains carrying similar information would tend to clump together. So this clumping together also acts as a mechanism that would lock information in these domains.